The world we know, is divided into villages, every village is governed by a mayor who is part of the government;
Each year a ney mayor is elected,and he or her can promulgate a single law.
No matters how crazy is the law,everyone should observe it.
Someday mayor William decided to promulgate the murder law to reduce the population:
for the current year,murder was legalized.
Many people used this chance to threaten others life,someone eventually,became a robber.
For Dave,Sonja and the others that was just a normal day,but something went wrong...
A robbery inside a market,a single life threatened...
That day...'Anxiety' awakened inside Dave,and maybe in someone else too.

He's the right arm of the current rebel's team.
He has some basic knowledges about every kind of weapons,but explosives are his favourite.

Note of the autor: Inside the image folder of the game you can find a first concept about what he was meant to look like,in the end I decided to not use that image;
There's no Dave sprite in the game,but he or his alternate version are shown in some images. 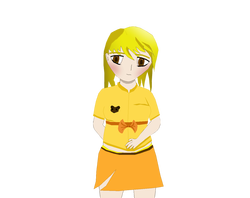 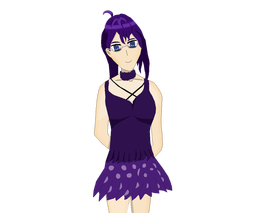 Tania Mirto (Lithania)
She is the boss of the rebels.
Before the accident she wanted to become a nurse.
​Relies too much on Dave and Ellen.
​Age 26

Elena Cilie (Ellen)
She's the rider of the rebels.
Loved by the whole group,Tania and Dave teached her how to survive and how to fight.
She steals in order to survive.
Age 18

Note from the author: I think she deserved the true ending of the game.
Other characters

Samuel Oro (Oldman)
There are other characters but I won't list them here to avoid spoilers.